A documentary about a grandson’s journey through the lore and legends of jazz history to find his grandfather, Charles Mingus.
Last week I was approached by production company Orangethenblue with the question “would I be prepared to assist in the promotion of the crowd funding project for a documentary on the life of Charles Mingus?”. Well how could I say no. As a bass player Charles Mingus was and still is a great inspiration to me and I believe that this film will be a great addition to his legacy. In addition the film will be directed by Kevin Ellington Mingus (grandson of Charles Mingus) bringing a true personal perspective to the production.
The film will include interviews with legendary musicians including among others Sonny Rollins, Joni Mitchell, Ornette Coleman and Charles McPherson. The documentary will be filmed in locations ranging from India to New York to the Mingus Mill located in the Great Smoky Mountains National Park, the only remaining landmark of the Mingus family settlement.
To finance the production Orangethenblue have launched a crowd funding project on Kickstarter.com. Crowd funding is a great tool that fits beautifully into the New Music Economy and allows the general public to assist in the financing of cultural projects. By pledging an amount in return for a package of incentives the public can become not only consumers but stakeholders in a project. The Mingus on Mingus project offers a great range of Incentives ranging from copies of the DVD to invitations to the premiere to name just a few.  Pledges are only billed when the goal is met and the campaign has ended.

The Mingus project requires $45,000- to allow Orangethenblue to continue into the next stage of filming, planned for winter 2011 and spring 2012. Funds received will go into the production of the documentary for conducting interviews, travel and accommodation, equipment rental, camera operator as well as archival research fees and editing costs for a promotional trailer. If we exceed our goal, then proceeds will go toward the post-production budget including editing, mastering and licensing.


Please get behind this project and make your pledge today.
To set the example the Dutch Jazz Times has just pledged $50 and the process is dead easy. Just go to the following link Mingus on Mingus and follow the steps outlined on the Kickstarter site.
Andrew  Read
Posted by Administrator at 4:07 AM

Dutch Jazz Times is a new English language blog dedicated to all things jazz in the Holland.

Why English, you may ask. This is rather simple; the goal of this blog is to spread the word both in the Holland and the rest of the world. We believe the best way to achieve this is to communicate in English.

Current on the Site 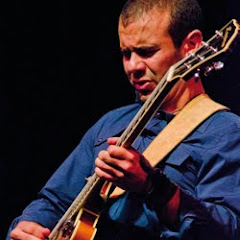 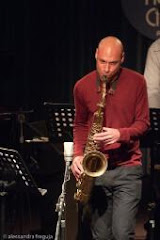